August 19, 2017
Can’t Keep Up? How to Simplify Social Media for your Business

We’ve all been there.

You open Facebook for “Just a sec” to look up a message or respond to a comment and next thing you know it’s 3 hours later and you’re not sure where the day went. And it doesn’t stop at Facebook.

So how’s a business owner to keep up — without letting social media become a full time job? The truth is, there are some tricks of the trade that can help.

But first… If it’s not working, quit.

It’s much better to do one or two channels effectively.

Not sure which channels to keep and which to toss? Think about any new customers you’ve gained or potential customers you’ve chatted with in the last week. Were any from social media? What channel? You probably want to keep that channel.

No new customers from social in the last week? Expand your timeline to the last month. Still none from social? Then it may be time to rethink your social strategy  — but in the meantime, the specific channels you stick with probably won’t matter much, honestly. Pick the ones you enjoy the most, keep them updated, and move on with your day.

5 Tools to Streamline Your Social Media… and how to use them.

Alright, now onto the important stuff. How the heck can you effectively keep up with social… without spending all your time there? Use the right tools.

The first tool I want to recommend is Buffer.

Buffer is a social media scheduling tool. You pre-load it with updates, and then it publishes them throughout the week, so that you don’t have to manually post things to facebook, twitter, or whatever other social streams you keep up with. Their “Free” plan will likely be more than enough for you, unless you’re a serious social media junkie.

While there are a lot of social media scheduling tools on the market, I like Buffer because you don’t have to set a specific date or time for each individual update. You tell it you want to post 2x a day Monday-Friday, around 11 and 2 (or whatever works best for you), and then you load up your “Buffer” and it will just pull whatever is at the top of the pile and publish it at those times on those days.

Using Buffer, I usually limit myself to browsing the internet looking for relevant content once a week… then “set it and forget it!” as the informercials say.

Buffer integrates seamlessly with another tool from the same company — Pablo. Pablo allows you to make your buffer posts (or any social media post) a little more visually attractive, without the need for image editing software. It comes with creative commons images (that is, images you can legally use for free) built-in, and then lets you choose from different image options and overlay text, etc.

From there, it’s just a matter of clicking a button to add your image to your buffer feed as an update.

Buffer and Pablo help with the “how” of social media — and while that can save you quite a bit of time, for most people it’s finding WHAT to share on social that’s the real time-suck.

My first recommendation for finding WHAT to post is Feedly. If you regularly share content from other dog training (or just dog related) blogs or websites, Feedly will keep track of all those websites for you, and show you the things they’ve posted since the last time you’ve checked them out.

That means you no longer have to remember all of those sites and visit each on individually each time you want to post something on social media.

While it takes a little while to set up initially to input the sites you want to follow, it’s more than worth it in the long run. Feedly easily saves me hours of time each week, by letting me scan headlines and pick out things to read and then share instead of me going to visit dozens of sites one-by-one.

(Want some sites to add to feedly to get you started? Check out my article on Facebook for Dog Trainers — the list is toward the bottom — over on DogTrainerGames!)

Of course, not everything you’ll want to share is going to pop up on a blog you follow. That’s where this next tool comes in — Google Alerts. Set up Google Alerts for search terms that incorporate common dog-related terms and your location, or for things like dogs and “research,” and Google will send you emails when new content is posted somewhere on the web that matches your Alert terms.

Then you can glance over those emails once week, either before or after looking through your Feedly content, and decide if any of it is something you want to share.

This last tool isn’t so much about how or what to post — it’s more about how to avoid justifying checking facebook non-stop throughout the day if you use facebook’s chat function for your business or for chatting with friends while you work.

This is JUST the Facebook chat tool, stripped of all the other notifications and updates you find on the main site. I find keeping this open allows me to reduce how often I check in on Facebook, since it ensures I don’t miss direct messages.

And there you have it — 5 tools to help you streamline the process of keeping your social accounts up to date and avoid wasting time that would be better spent on other things. 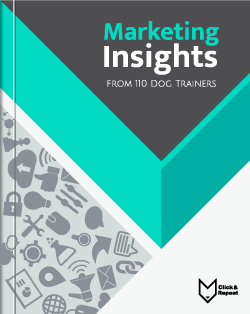 Learn which marketing tactics work best for dog trainers like you — and get notified of new posts!

Last year I surveyed over 100 dog trainers on the marketing tactics they’d tried… and compiled those result in an easy-to-read report!

Get Your Copy Now 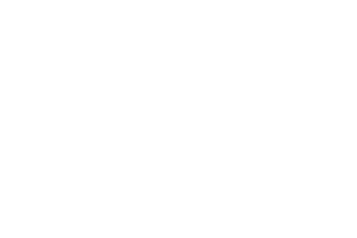 Click and Repeat helps pet professionals improve their marketing — from website and logo design to consulting on best practices and overall strategy.

My goal is to help you spend exactly the amount of time your business needs you to on marketing... and not a minute more.